The Bahrain International Circuit was built in 2004 and the 5,412 km track is made of 9-right and 6-left turns and is a much appreciated venue for the WEC circus. Nice weather, warm destination and final race of the season, it is also the place where season titles are to be distributed. The other distinctiveness of the Bahrain meeting is that the race, starting at 4pm local time, finishes in the night, offering participants and TV crews wonderful images of the place. For the 2017 final race of the season, the G-Drive Racing team saw a new change in the driver line-up, with French Audi Le Mans and WEC 2013 World Champion Loïc Duval, joining Léo Roussel and Roman Rusinov.

After the free practice sessions where the team set the 2nd best lap in FP1, 5th in FP2 and 3rd in FP3, Léo Roussel and Loïc Duval were on duty for the qualification of the #26 ORECA07. The finally set the 4 th fastest LMP2 average lap and positioned the car on the 4th line of the starting grid. Roman Rusinov started the race with a double stint, losing some places at the start, mainly because he started with the tyres used for qualifying.  Loïc Duval took over after 39 laps, setting fast laps trying to catch up in the classification and in the traffic. Young gun Léo Roussel took his turn completing 44 additional laps and a double stint. New driver change after 124 laps gave Loïc the opportunity to set the second overall best LMP2 lap in the race in 1:49:708. Up to the chequered flag, Loïc tried his best to catch up, the #26 ORECA 07 G-Drive eventually finished the final event of the 2017 season in 7th LMP2 position and 4th in the LMP2 FIA World Endurance Team Trophy.

Winner of this very race last year at the wheel of the 2016 Audi R18 LMP1, Loïc Duval had to take some time to get used to the LMP2 ORECA07. “I really like the WEC championship and I wanted to come back in some way. It’s a true challenge to drive a new car and even more with tyres that I am absolutely not used too. Although it’s very different to LMP1, it’s still a lot of fun and there is quite some hard fighting in LMP2. It’s great.” said French driver after the meeting. « We worked on the qualification with Léo, and as far as I know we were the only one (with #28 car), using only one set of tyres, so 4 th LMP2 in these conditions, is actually not too bad. My lap time was ok, but I probably could have done better, it’s due to the my discovery of the car and of the tyres. For the race, we suffered a little. The car was great on the first laps, but then it became complicated, mostly with the tyres. We had the correct performance, so of course there is a little frustration, nevertheless it was great for me to come back on a WEC race and at the wheel of a sport prototype. The LMP2 ORECA is a great car, and I did have a lot of fun in the hard fighting, lap after lap. This weekend was very positive for me, I – and we – did not make any mistake. Thanks everyone for this nice WEC final. »

As for Léo Roussel who had the opportunity to enter his first WEC race with Russian team in Shanghai after his 2017 ELMS Championship title, he was very excited to share again the car with Roman and Loïc : “There is definitely a wonderful team spirit in the G-Drive team. As it was in Shanghai two weeks ago, it was exciting to enter another WEC race. I had to get used to the track, but I also worked on it a little with simulators, this is something I don’t have to many problems with. I like to discover new race tracks and it’s not too much of a problem for me. We worked on the car and our settings during free practice and achieved a 4th LMP2 lap time during qualifying. It was not as easy as we would have liked it to be, but we did have the pace to get to a better place.  Nevertheless, we decided to use only one set of tyres to save the others for the race, and not many teams did that. My first stint was fine, and the second one was more complicated, I did as much as possible to catch up with the cars in front of me and I did a little mistake which made me spin… The tyre wear was hard this weekend here. In the end, again I had a lot of pleasure to drive and to fight. It was not quite enough, but it was great. I would like to thank Roman and Xavier to have given me the opportunity to take part in these two WEC races because it’s an important step for the future. I hope I will be able to stay in this championship next year. » 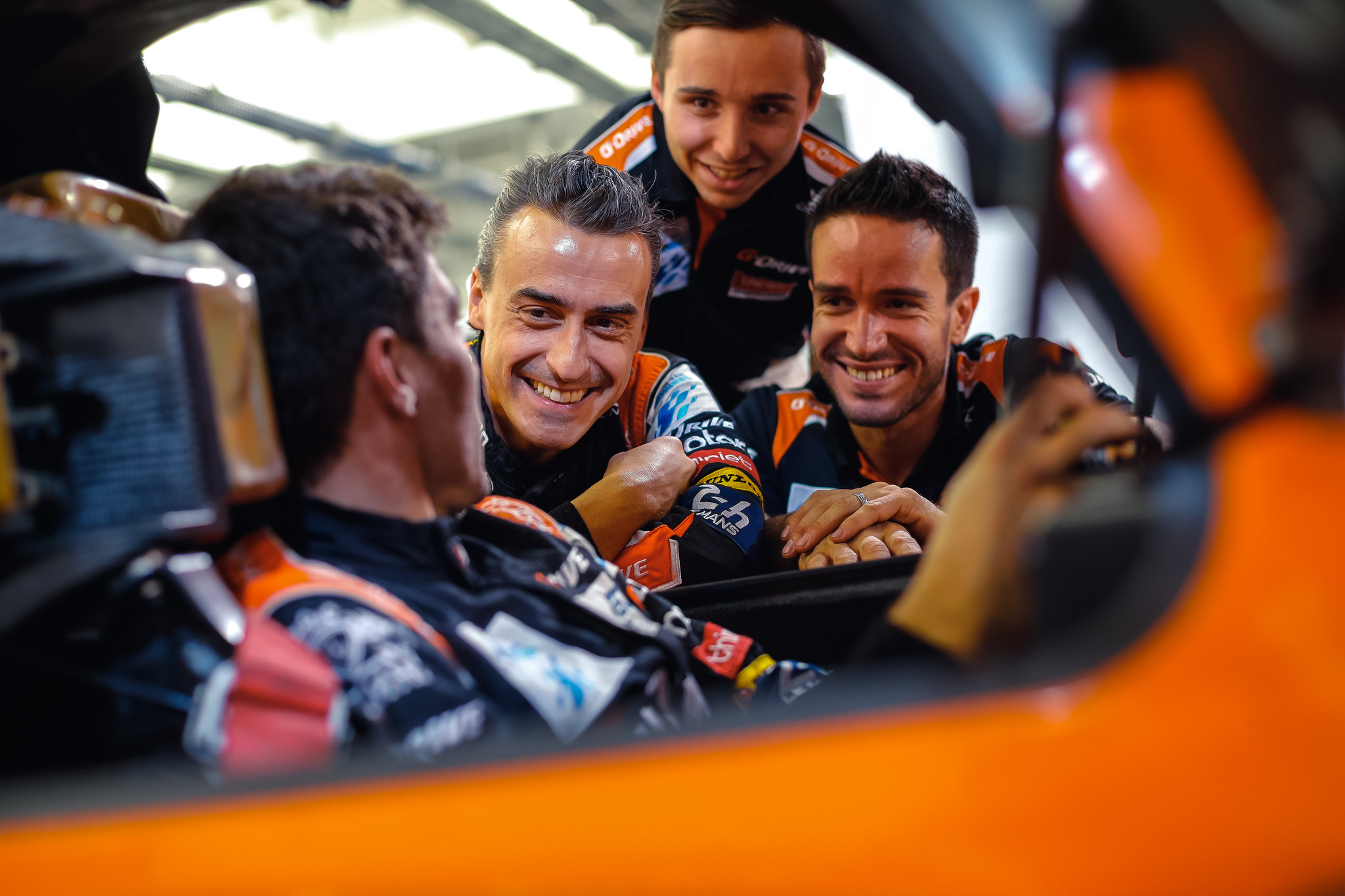 Roman Rusinov: “We had a good driver line-up and it was great to be able to share the car with Loïc Duval, in addition to our G-Drive ELMS Champion Léo Roussel here in Bahrain. I started the race with two of the tyres we had used in qualifying, in order to keep some for the race, but soon it became hard on the tyres… the others had new tyres, so I lost some places at the start of the race. After that, I encountered some problems, maybe with the electronics, but we will have to find out once we can access the car. It’s not the result I had expected, but we will work it out.”

Xavier Combet – Team manager: “Whatever the result is, this race was a great experience with Loïc Duval who is, in terms of competition a wonderful driver and in terms of human relations, really a great person to work with. We shared a first race with Léo Roussel, the new ELMS champion in Shanghai, so it was also great to renew the experience in Bahrain, he is a motivated driver and even if the final result is not exactly what we wanted it to be, he has shown that he can perform very well in different conditions. Speaking of today’s race, Roman had a difficult start as he was using tyres from qualification, and the tyre wear was hard to deal with here in Bahrain. When Loïc took over, even if his first stint was fine, we could confirm that the tyre wear was a big problem for us this weekend. Loïc and Léo did a great job to catch up, but the competition was really harsh with three teams looking for victory and for the championship title. This time we could not be part of that game, and it was also ok to let the championship title contenders fight together. Congratulation to Rebellion Vaillante and also to Jackie Chang DC Racing, as well as to Signatech Alpine. They made the show during the whole season and fought hard all the way to the end (of the race but also of the championship).  The LMP2 category is really a hard and fascinating competition.”