Mount Fuji in Japan often brings surprises in terms of weather conditions. As it had been the case a few years ago for the WEC 6 Hours of Fuji, the fog was heavily present on race day, which hindered the teams to have a full race today. 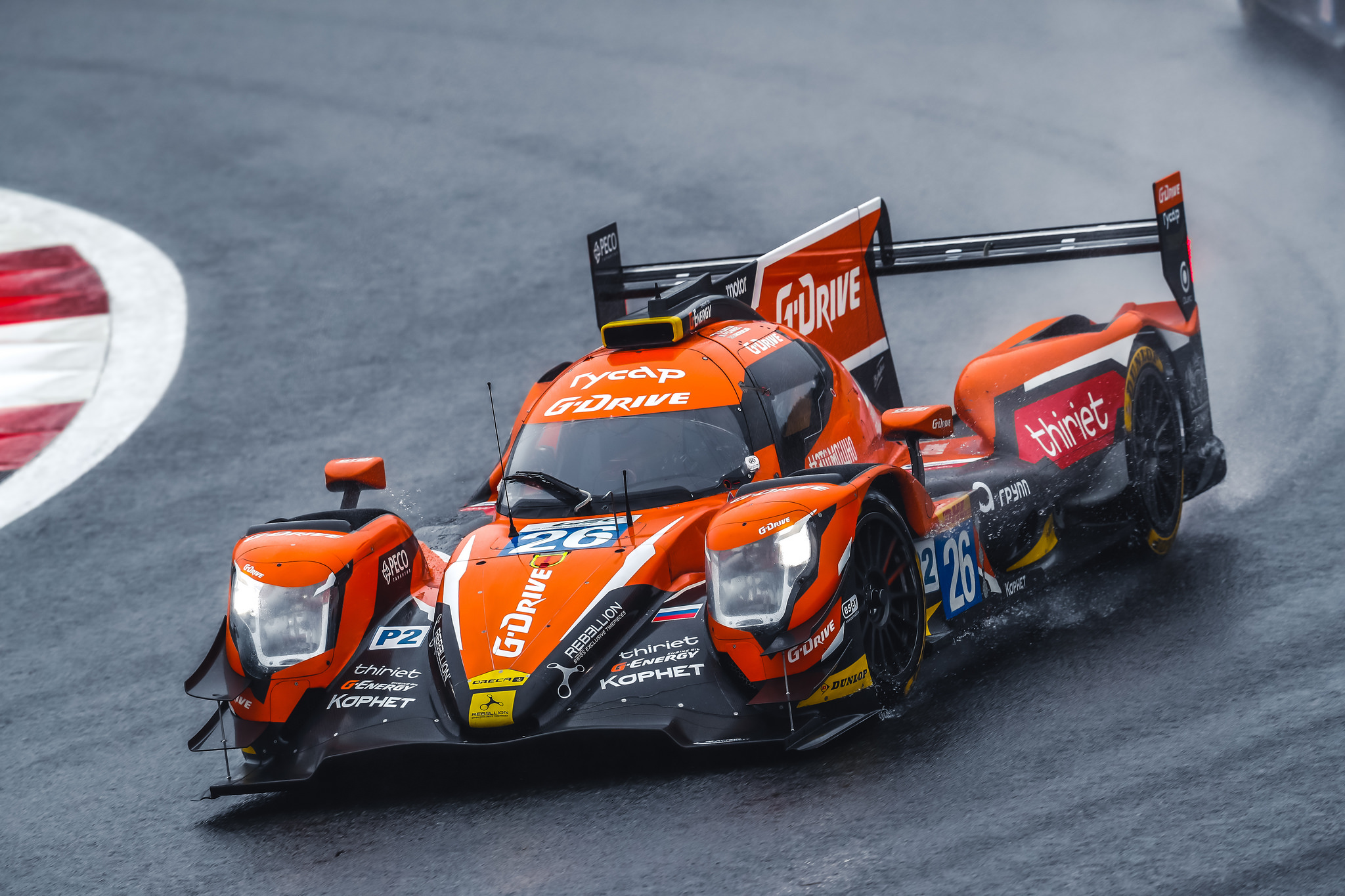 34 years old British driver James Rossiter completed the usual Pierre Thiriet / Roman Rusinov G-Drive driver line-up for the 6 Hours of Fuji, bringing along his Japanese circuit experience, as he has completed a number of Super GT championships since 2013.

After the free practice sessions in which the team managed to finish 6th in FP1, 4th in FP2 and 7th in FP3, the team was ready for qualifying in a well balanced car. Unfortunately, the weather forecast did not go as planned, and the strategy adopted by the team was unfortunate in the end. Thinking that the rain was going to slow down during the qualifying session, the team decided to send out their Silver driver Pierre Thiriet at first, in order to give James Rossiter (Platinium) a better chance to complete a quicker lap at the end of the session. But it turned out to be the opposite, which means James was not able to set a fast time. #26 Oreca 07 started therefore from 5th row (6th LMP2).

James Rossiter started the foggy race behind the safety car making up two places in the LMP2 classification. If Green was given by race director after around 15 minutes, it did not last, as the safety car came out again, for security reasons, on lap 28. After 36 laps, French driver Pierre Thiriet took over, but was forced to stop the car after race direction had decided to red flag the race because of the disastrous weather conditions. After 20mn, race restarted behind safety car for a few laps, before it came back out another time just before the mid-race, followed by some Yellow zones on some corners. At mid-race, Pierre is 2nd and even takes the lead of the LMP2 category before handing the G-Drive Oreca 07 to Roman Rusinov. All three drivers took their turn, which is not the case of any other LMP2 teams, but TDS Racing. Not to say that the results can only be somewhat distorted. #26 Oreca 07 LMP2 finishes the early interrupted 6 Hours of Fuji 6th of the LMP2 category. The team is now looking toward Shanghai hoping for a better weather environment. 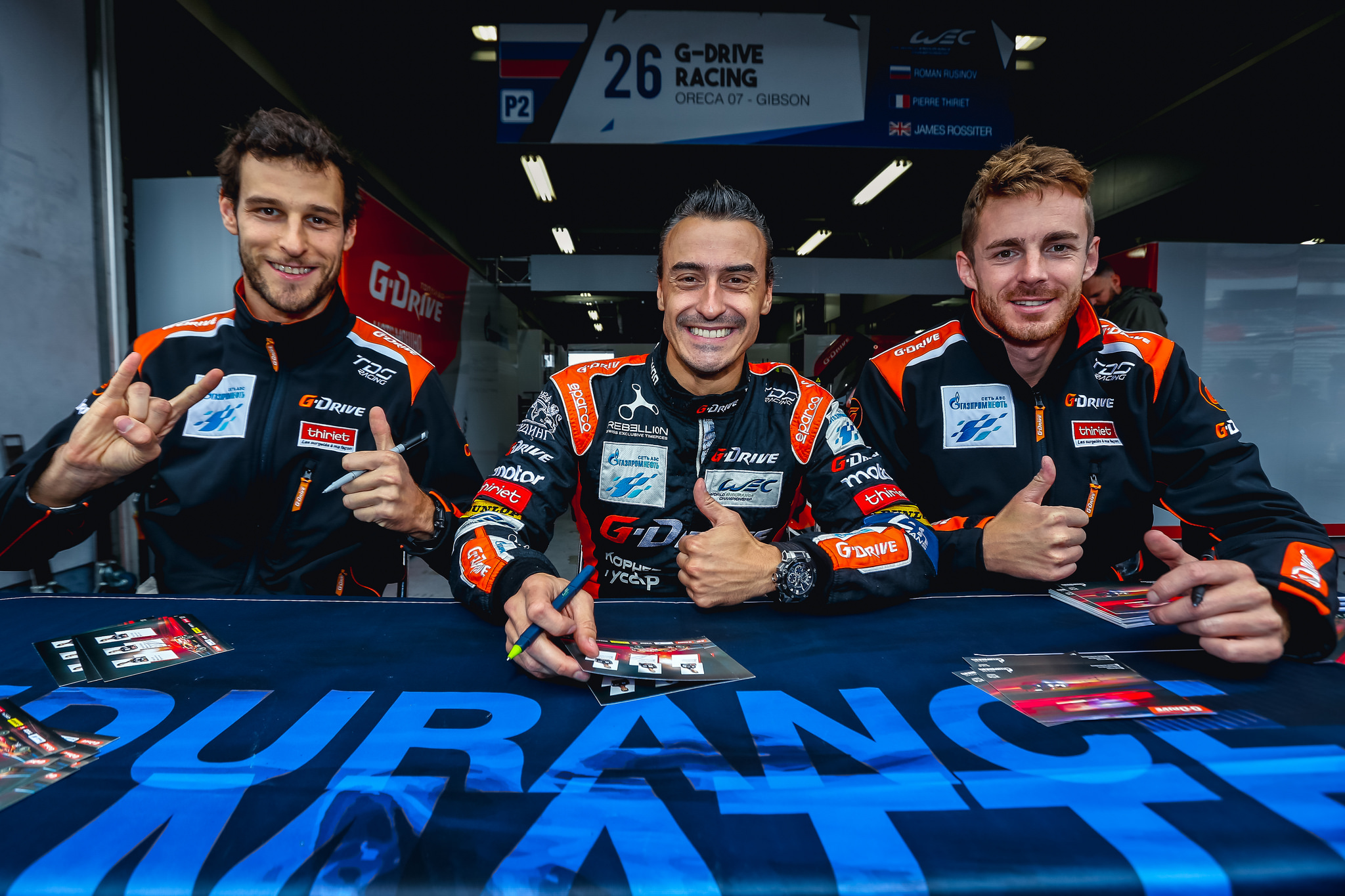 Xavier Combet – Team manager: “It was definitely a race of twist and turns, because of the complicated and difficult weather conditions. The track was always very very wet, and the fog very very dense, reducing the visibility to a point that the race direction decided to red flag twice the 6 Hours of Fuji; a good decision for safety. We tried to include in the best possible way, the safety car and red flags in our strategy, which put our car on P1 at some point, and this was very good. All of our drivers managed to keep the car on track and to not make any mistake, and if the race had restarted after the second red flag, we would have been on the podium as we did not need an additional driver change. Our three drivers, including the Silver, had done their time, which is not the case of the teams ahead of us. In the end, no one could predict the way the race was going to end early… The main point to remember is that we were on the right pace with a good care and a good driver line-up.”

Roman Rusinov – Gold driver: “I am always very happy to come back to Japan, but this race was complicated and does not reflect was we are able to do. We were doing good, our car was fine and our driver line-up, with James joining the team this week-end, was really a good move. To me it’s a real shame that no car was able to see the chequered flag, because the race never restarted after the second red flag. Anyway, I still would like congratulate all the winners today. See you in Shanghai.”

Pierre Thiriet – Silver driver (was the only one discovering the Fuji race track, as he does with all the overseas WEC tracks this season. But the conditions he experienced here this weekend were definitely not the best one to start with): “It’s complicated to talk about my first 6 Hours of Fuji 2017… All weekend long we had very bad and tricky weather conditions, and I almost feel as if I did not see the track. It’s frustrating to not have gone all the way to the end of the race, and to have been able to « race » so little in fact. Of course, we understand the reasons and welcome the safety measures that have been decided by the race direction.”

James Rossiter – Platinium driver: “The race today took place in super super tricky and complicated weather conditions. So our main focus from the start was to not make any mistakes, maximizing the potentials for the fuel strategies. This puts us in a very good position where we could have run further than the others. All of us kept out of trouble, which was not easy here today, but we were doing fine actually keeping the car on track. Unfortunately the timing of the first red flags made us lose a lot, as Pierre took over just before the first red flag… So this was a little frustrating of course. I really want to thank the team for their professionalism and all their efforts this weekend; it’s been really good  working with this team and I look forward to a possibility of renewing this in the future.”